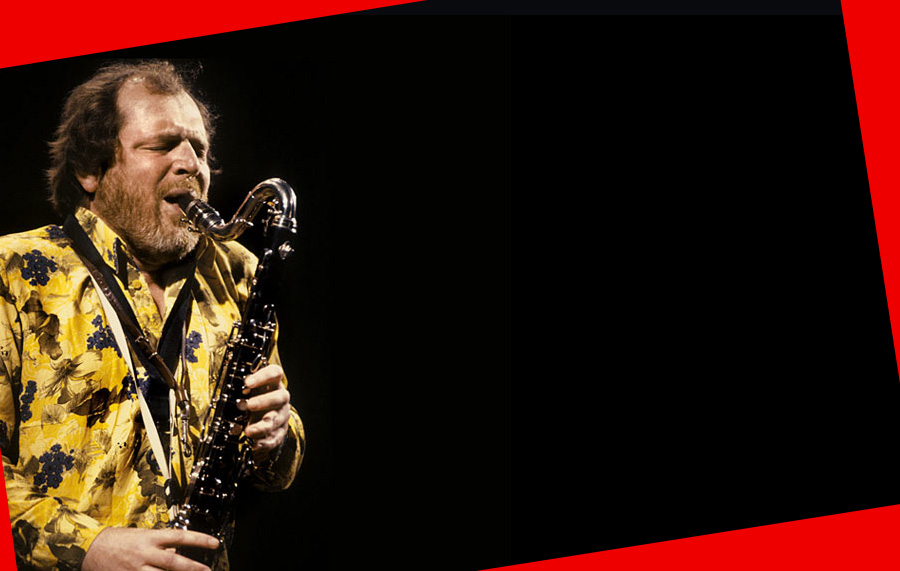 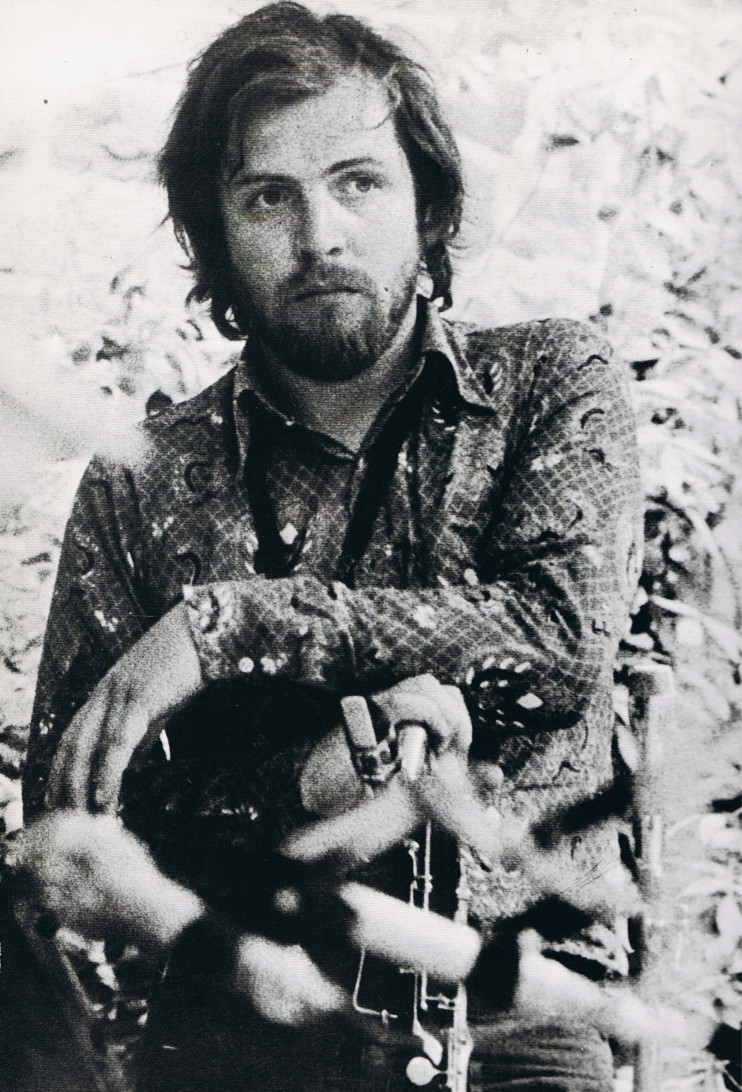 Willem Breuker (Amsterdam, 1944-2010) has played a unique role in the Dutch and international music worlds for over 45 years. He is one of the most striking and versatile makers of "people's music" as he preferred to call it

As a jazz and improvised music innovator and as the creator of a new form of Dutch musical theatre, he broke through established traditions to create new forms and new possibilities for himself and for other musicians who performed with him as well as younger musicians from the next generation or two. As a composer and arranger, he created unique musical events never before realized, in which he gave both professional and younger musicians a chance to participate.

Breuker's instinct for innovation and his preference for the unusual and unpredictable are all trademarks of his music and do not seem to interfere with the public's appreciation of his work.

His 10-piece orchestra, the Willem Breuker Kollektief, has been performing worldwide for some 36 years now - on stages from Amsterdam to Peking - to increasingly enthusiastic audiences.

What makes his work so authentic is that he maintained an openness to experimentation within his own compositions, into which he incorporated a broad assortment of musical styles including elements from theatre and vaudeville. He drew from an enormously deep well of experience, which was further fed by his boundless curiosity and interests that were kindled in his childhood.

He has received numerous prizes as an internationally renowned composer, musician and organizer. The VPRO-Boy Edgar Prize jury of 1993 described his uniqueness thusly: "His versatility - that from the very beginning was due to his insatiable curiosity for all forms of musical expression - is not characterized by mere eclecticism or post-modern weariness. He must be considered more in terms of a constant desire to surpass existing musical boundaries that often lead to a certain inflexibility." And the jury also valued that Breuker "lets his love of 'beautiful people's music', as expressed in his own compositions and interpretations, spill over into his everyday social interactions."

As an organizer and motivator, Breuker has also been able to effectively capture the creative impulse and place it in a social setting. For instance, in 1974, he founded his own record/CD label, BVHaast, which has not only put out many of Breuker's own productions, but also recordings by Dutch jazz ensembles as well as contemporary music by mostly Dutch composers. Meanwhile, Breuker from1977 through 2005 organized the annual Klap op de Vuurpijl [Top It All] year's end festival in Amsterdam, a five-day showcase of the contemporary improvised and composed music he considered important.

The VPRO-Boy Edgar Prize jury also noted that: "Breuker's word-renown over the past few years can in part be seen as a reflection of his own social commitments. More than any other Dutch musician, Breuker has demonstrated that he is also an organizer, motivator, and integrator."

"Breuker's support for others has had a lasting impact through the establishment of his activities involving BVHaast, Breuker's record/CD label that was first established as a reaction to the increasing mediocrity of the major labels but has gradually become a model of artistic integrity, social feelings, and musical daring."

About his Klap op de Vuurpijl [Top It All] festival, the jury noted: "Breuker has consistently accommodated young - sometimes even totally unknown - musicians. He has also broken all the traditional boundaries here by giving plenty of attention to various forms of modern art music and bringing them to a larger public than all of the Concertgebouw-C-series combined."

Breuker is also known as an innovator in the area of music education. He is the founder of improvised music workshops with which he has been involved since the 1960s, giving instruction to both professional and amateur musicians. Furthermore, it is very important to him to incorporate the perspectives and experiences of the participants as a point of departure. He never insists on a musical straitjacket. Instead, his goal is to encourage people to be themselves and to let them discover themselves while they are making music.

This was how he tackled theThere have been countless workshops as well as groups with whom they have worked in their workshops not to mention projects they have organized - just a few examples:
NOJO - Montreal, Canada, Japan Yokohama Brass Association, Ecole Musicale de Valance - France, Improvisation Orchestra Gyor - Hungary, Nord Rheinland/Westphälische Gebundenen - Germany, Dalian Youth Recreation Center - China, Eastman Rochester Conservatory - US, Trumpet Biennale in Eindhoven, work for 250 trumpets and the WBK, Dario Fo College Poeldijk. initiative of organizing countless school concerts, performances of local music societies, and large-scale musical happenings. Some of the results of his workshops over the past 40 years can be found in the musical scores published by Willem Breuker's own music publishing company, Haast Music Publishers. These scores are regularly used as basic practice material in the establishment of his various projects. Willem Breuker and the members of the Willem Breuker Kollektief offered coaching upon the demand of these various initiatives, often in cooperation with music students or conductors of local music groups.

Breuker's oeuvre consists of more than 500 works for, among others, soloists, ensembles, chamber music, brass band, symphony orchestra, fanfare orchestra, film, theatre, and music for carillon, barrel organ, choirs, and for the Willem Breuker Kollektief itself. A few of the major works of recent years are the opera Jona and the new film music Breuker composed for F.W. Murnau's 1926 silent movie, Faust.

Breuker began his professional career in 1966, when he began performing his own music in his inimitable, unorthodox style, which has more than a few times ended up shocking audiences. His concerts and performances regularly featured interpretations of current cultural or political events, which, at that time, was not all that prevalent. His music was also considered innovative because he often included improvisation and theatrical elements.

In 1967, he - together with percussionist Han Bennink and pianist Misha Mengelberg - founded the Instant Composers Pool (ICP) with whom he regularly performed until 1973. This period also saw the establishment of the first independent European record label, ICP.

Breuker has, since the 1960s, formed numerous ensembles that managed to successfully combine composed and improvised music as well as theatre music. He was also part of the German multi-instrumentalist Gunter Hampel's group, the first group to feature both European and American improvisers.

In 1974, he formed the Willem Breuker Kollektief. Besides performing with this orchestra, he also played in a duo with pianist Leo Cuypers, performed as an improviser with smaller ensembles comprised of members of the Kollektief, and worked with, among others, pianist and trumpeter, Nedly Elstak, pianist Alex von Schlippenbach, contrabassist Harry Miller, and band leader Hannes Zerbe.

Over the past 36 years, Breuker has performed all over the world with the Willem Breuker Kollektief. Besides concert tours that took him all over Western Europe as well as Russia, Australia, India, China, and Japan, he has also toured the United States and Canada some 20 times.

In 1970, Breuker produced his first full evening theatre production consisting of his own texts and music. Breuker's developments in Dutch music theatre were furthered through his consistent collaborations with playwright Lodewijk de Boer, with the Theaterunie serving as producer. This led to productions like Kain en Abel, Anthologie, De Vuyle Wasch, and Wolkbreuk, among others, productions in which members of the Willem Breuker Kollektief also performed as actors. For the theatre company Baal, Breuker wrote music for plays by Brecht (Baal and Drums in the Night), among others, and for La Plagiata, which featured members of the Willem Breuker Kollektief once again acting as well as performing the music. The Kollektief also produced Oltre Tomba and De Achterlijke Klokkenmaker with the Theaterunie. More recent productions include Stroman en Trawanten by Freek de Jonge, Dank U Majesteit by Dimitri Frenkel Frank, and Deze Kant op Dames by Ischa Meijer. Willem Breuker wrote the oratorio Psalm 122 for his orchestra, the Mondriaan Strings, the Nieuw Muziek Choir, chazan and barrel organ.

Breuker's many compositions for film include: De Illusionist by Freek de Jonge and Twee Vrouwen by George Sluizer. He also wrote the music for a dozen or so of Johan van der Keuken's films, including De Nieuwe IJstijd en Platte Jungle.

Upon the invitation of classical cellist Yo-Yo Ma, Breuker composed a work for cello and the Willem Breuker Kollektief, which premiered on a live broadcast of VPRO TV in the Netherlands.

His work has further appeared on over 100 records and CDs and on numerous radio and television recordings in both Dutch and foreign broadcast media.

He is also known as an authority of Kurt Weill's work. Over the past 25 years, he has assembled one of the most interesting collections of this composer's music and documents. In 1997, he produced the radio documentary Componist Kurt Weill, with Carrie de Swaan, a 48-hour, 12-part series on the life of Kurt Weill.

Breuker has in various situations in the Dutch music world over the years also served in the capacity of director. He served as the chairman of the Stichting Jazz & Geimproviseerde Muziek in Nederland [Dutch Jazz and Improvised Music Foundation] among others.

In 2003, Breuker was programmer of the three-day music festival called Nederlandse Muziekdagen [Dutch Music Days] in Utrecht where all of the Dutch broadcast orchestras participated.

The many musical prizes Breuker has been awarded include: The Wessel Ilcken Prize (1970, jazz), the SMØR Prize (1972, jazz); the Matthijs Vermeulen Prize (1976; refused); the important Gouden Kalf (1982, Dutch film), the Zilveren Lessenaar (1984, film) and the Edison (1984, film) all for film music; the Bird Award (1988) at the North Sea Jazz Festival, the VPRO/Boy Edgar Prize (1993) and the Ehrenurkunde der Deutsche Schallplattenindustrie [Lifetime Achievement Award from the German Recording Industry] (2005) for his oeuvre. In 1998, Breuker was also named Ridder in de Orde van de Nederlandse Leeuw [Knight of the Order of the Dutch Lion].

After recovering from earlier medical problems and returning successfully to active performing, Willem Breuker passed away on July 23, 2010 after a brief illness.